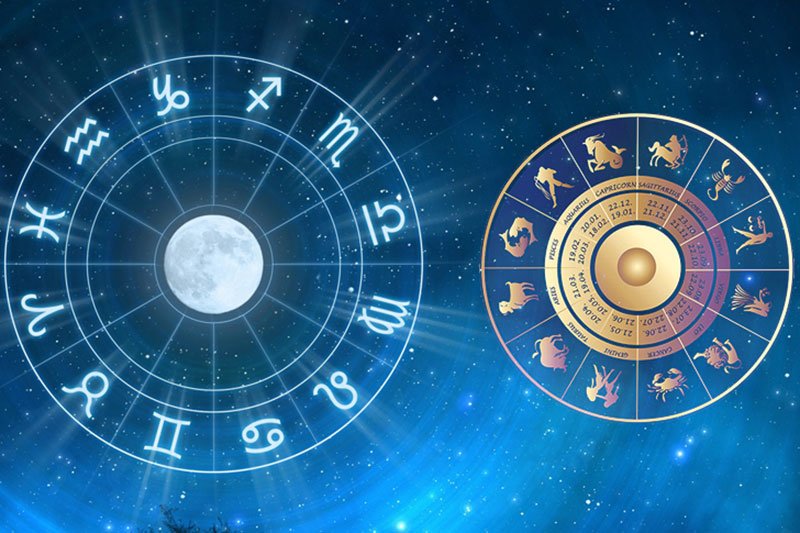 Everything in the Universe is Energy. All events are energy driven. This statement comes from the scientific adage that every effect has a cause and that every happening has a force behind it. In other words, it is safe to understand that energy drives the events.

Astrology explains the energy in our life and its potential challenges and possibilities, one can evolve from own chart. It is we who choose the way to respond to these energies, based on our thoughts, words and actions. Astrology is about making a choice between free will and destiny.

Astrology relates itself to planets and to the two luminaries namely Sun and Moon. In modern science, we know, Sun is a star and is the prime mover and, therefore, secondary sources of energy depend upon its energy. Sun sends in its energy directly to the Earth and, also, as reflected energy from the Moon and other planets. This energy may be light, heat, magnetic, gravitational or any other that may be discovered by Scientists in the coming years. The fact of the matter is, the energy reaching Earth comes from the Sun and other planets both in direct and indirect ways.

Astrology is the mother of all the sciences. It is a marvelous science if one has a patience to understand it. Though easy to learn but can take a lifetime to master. It is purely scientific and based upon astronomical calculations. It is an ancient practice which assumes that the position of the stars and planets has a direct influence upon the people and events on earth.

Throughout history, famous people have studied astrology and used it for several beneficial purposes. The Bible is filled with astrological information. The Three Wise Men in The Bible were astrologers and learnt that Christ would be born at a conjunction of planets.

Pythagoras and Sir Isaac Newton were astrologers. In India, Astrology is the part of Vedas. Veda means original knowledge and truth. Vedic means, of the original knowledge and truth. It is one of the ancient super sciences that one has ever seen on this planet. Astrological principles were written 1200,000 years ago by 12 famous Maharishi’s, viz. Narada, Bhrigu, Vashishta, Parashara, Jaimini etc . These Maharishis are acknowledged as having been instrumental of preserving the ancient knowledge.

It has been understood through this science, the interplay of karma, reincarnation and free will decides the destiny of man. It helps man in the alleviation of sufferings caused due to his own action and karma. Vedic chart is a road map depicting history, genetics and karma, of a person. Vedic Astrology has details of the horoscopes of Lord Krishna, Lord Rama and many other ancient Indian kings and queens, recorded thousands of years ago. According to the Ayodhya Kand of Ramayana, Lord Rama was born in Cancer Ascendant and detailed information about the planetary position in the chart of Lord Rama has been documented by Sage Valmiki.

The Bhishma Parva and Udyoga Parva chapters of Mahabharata mention many astrological descriptions and omens just before the Mahabharata war. It also describes a period of draught with several planetary combinations. There is also a very clear reference of about two eclipses, a solar eclipse and a lunar eclipse occurring, creating a rare 13 day lunar fortnight.

For centuries, humans have looked to the heavens for guidance. History proves the truthiness of astrology. We can find reason for everything in astrology. When all the great sciences in the world fail to explain the reason for a particular incidence or occurring, Astrology speaks. It is a divine science which enables us to look into the future and determine the life path.

The logical greatness of astrology can be realized through few examples. Like, during the full moon children are more hyper, more cars break down and most important, mental patients show change in mood and overreactions. This could not be a coincidence. A psychiatrist may fail to explain this, but astrology can explain this in a simple manner. As per the Astrology, moon is the significator of mind and heart (Chandrama manaso jathaha). The Moon affects the tides of the ocean. The Moon rules our emotional nature and our body is made up of 85% water.

Yet another example to prove the logicality of this divine science, Twins are born and brought up in the same family but still have different nature and do things in different manner. This is because planets strongly influence the zodiac signs. A person’s horoscope is highly influenced by their planet which also influences their zodiac sign and, therefore, decides the traits and characteristics of the individuals falling under the particular zodiac.

Moreover, in the present scenario, medical science has all the modern technologies to serve the purpose still sometimes it becomes difficult for doctor’s to diagnose. Whereas astrologically, merely by casting a horoscope, with deep analysis not only the disease existing can be identified but also the disease likely to be arising in future can also be observed from the dashas or timings, well in advance. The greatest wonder of astrology is that the position of planets in the horoscope of a native not only throws light on his health but also reveals with fairly good accuracy the type of diseases likely to arise to the family members like father, mother, spouse, brother, sister etc at a given time which is impossible even to the slightest extent in medical science. This is in reality, the enigma astrology commands.

Human beings in their life face a lot of pain, misery and troubles, which affect them both emotionally as well as physically. To avoid pain and to seek pleasure has been one of the major objectives of our lives. The other major objective for a selected few of us is to know our true self and to know the ultimate reality and be one with it. Whether the objective is material or spiritual, as per one’s destiny there could be a lot of hurdles.

There are several more advantages in studying astrology. It allows us a more objective understanding of our character, recognition of our talent and potentials, and an opportunity for emotional and spiritual maturation. It is a guiding thread for a happy and successful life as it helps in enjoying good health, prosperity and relationship compatibility.

Astrology shows the path and result of karma done in past and freedom to make the future through the position of nine planets. When in exaltation, the impression of the planet can be gentle and often very spiritual and suggests the karma of positive qualities from the past endeavor. In the same way, a planet in a bad position suggests traits that may have been misused, neglected or acted upon in an erroneous manner in previous life creating problems is present life, thus the chance to work on them is accorded in this life. Particular house, compatibility, incompatibility and aspect of planets also play an important role in suggesting that how particular energies have blended and worked together in the past, whether in a harmonious or antagonistic way.

Astrology has not only given us tools to determine what destiny has in store for us but also the ways to avoid the hurdles in achieving our material or spiritual goals. Remedial Measures allow one to solve his or her problems by modifying the karma in a systematic way. These measures help in solving karmic problems.

In Vedic Jyotish Medical Astrology helps in knowing the promise and proneness to disease .It is possible…

Mangal is known as Angar. In South India it is called Kuja. 'Kuja' means 'burning…