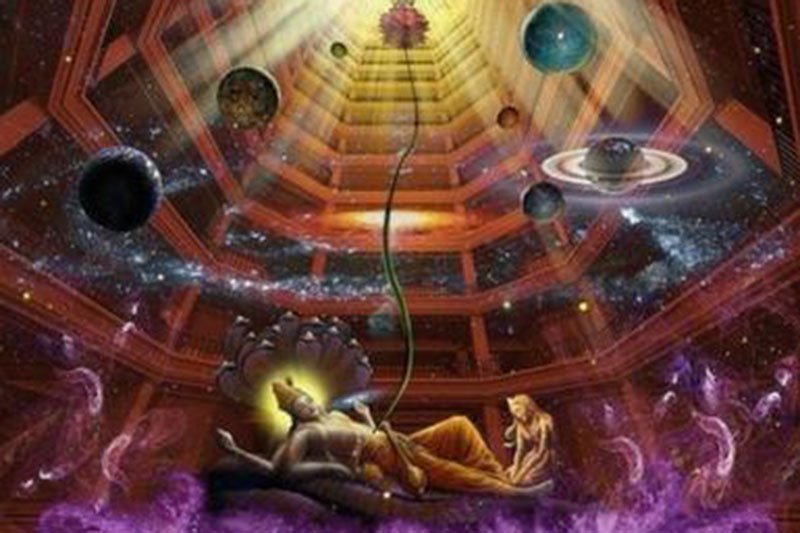 Indian tradition states that Astrology is a divine science and it has come down to us on earth in the form of a dialogue between Lord Shiva and Goddess Parvati.

The primary objective of Astrology is to help us to understand God, liberate our soul from this materialistic world and reunite with eternal Supreme Lord. Another objective is to reveal past, present and future of an object and thus finding out the best natural course by identifying one’s actual strength and weakness.

Hindu astrology believes in the theory of Karma. Karma is a Sanskrit word which means action. This doing can be physical, verbal or an action of thought and plays a key role in determining the person’s destiny. The “Bhagwad Gita” also supports the law of Karma.It is often said, “As you sow, so shall you reap” and as per the Hindu and Buddhist philosophy, whatever action we perform is recorded in a person’s soul as our Karma and based upon our deeds is our destiny determined. Karma creates the future, but it is also an echo from the past because karma conditions our soul through memory. The Law of Karma in modern scientific age can be determined just like Newton’s Third law of Motion: “For every action there is equal and opposite reaction”. The law of Karma is infallible and everyone invariably is subjected to it.

A man’s destiny is forged by his Karma, the effects of his actions in the past. There is a perpetual tug-of-war between free-will and destiny; and our actions at any moment are a resultant of these two forces. In the ordinary man, free-will is not very strong. His actions in life will, therefore, correspond, to a very large extent, to the forecast given by his horoscope. But, in the case of persons of great spiritual development, there will be some variation, even though the general pattern will remain the same as indicated by the horoscope. In this world of relativity, neither fate nor free-will could be supreme. It is some sort of a conditional liberty which man enjoys.” [From the Address delivered at the Specific Conference organised by the Astrologers’ Guild of America, at Hotel Astor, New York, on 11-10-1959] The law of karma or past doing, is not stifling and one only gets what one sows, yet it provides options and allows room for the operation of free will. Karma and free will are all part of the same process. Our everyday life is interplay between fate and freewill. Our fate or previous karma creates a certain situation in which, acting wisely, is our freewill. Here freewill again creates a new karma. Thus, this loop of karma and destiny fold us and we remain within it. The only way we can nullify our give and take account and destiny is through sustained and regular spiritual practice.

Mangal is known as Angar. In South India it is called Kuja. 'Kuja' means 'burning…

According to Vedic astrology, certain parts of the day, called Rahu Kalam, are inauspicious periods…

ASTROLOGY- A TOOL FOR HEALING ENERGIES

Everything in the Universe is Energy. All events are energy driven. This statement comes from…